SRMSAT – 1: An Indian Satellite That Was Launched a Decade Ago

SRMSAT was conceived as an idea back in 2009, and it evolved into the first ever successful nano-satellite mission for students. A team consisting of 50 dedicated and intelligent individuals from a number of different branches persevered over two years to develop an engineered design that met ISRO’s launch standards. On the 12th of October 2011, their nanosatellite was launched successfully into the Low Earth Orbit. Since this date, it has completed over 20000 orbits and is still fully operational, sending back important data that is regularly analysed by in-campus VHF/UHF ground station.

Team SRMSAT started out as a group of students that have an enthusiasm for all things to do with space. Their idea was supported by the research department at the Sri Ramaswamy Memorial University in Chennai, India, and they got to work right away. The satellite that they built weighs around 10.4 kilograms, is 28 centimetres in length, height and width. It cost around 1.5 crore rupee to build, which is around $200,000 in today’s currency. It was originally designed to last a year, but it is still doing its job to this very day and, if you want, you can easily track it on n2yo.com.

Once the satellite was finished, the next step in the program was to obviously launch it into Earth’s atmosphere. The SRMSAT launched with Megha-Tropiques, Jungu (IIT Kanpur) and VesselSat aboard PSLV-C18. For those who are new to this type of thing, PSLV stands for Polar Satellite Launch Vehicle, which was developed by the Indian Space Research Organisation as the sole means to launch satellites into orbit. As of February 2021, the PSLV has launched 342 foreign satellites in 36 different countries.

This is an Earth observation and technology demonstration satellite that is controlled by SRM University. The scientific mission of this satellite is to monitor greenhouse gases that appear about the Indian subcontinent. This satellite can be controlled by Atmel microcontroller that is 28.8 MHz, while communication happens via Ultra High Frequency. It comes with a 437.5 MHz downlink which provides a 2.4 kbit/s data rate and it also has a 145.9 MHz uplink that provides a data rate of 1 kbit/s. Attitude control happens through a solar cell management system, known as a SCDM, a Global Positioning System, and an on-board magnetometer.

To carry on with their legacy, the team decided to take on another project and build a second satellite. This satellite, which weighs roughly 86 kilograms, is being designed for deep space exploration - it will orbit the moon and study it in a Low Lunar Orbit. The main aim of SRMSAT - 2 is to achieve a stable orbit of the moon via low energy transfer that exploits Weak Stability Boundary theory.

As part of the mission, a Microwave Radiometer was chosen as the main payload to analyse the lunar regolith, while a Radiation Dosimeter was selected as the secondary payload to analyse the radiation environment during its trajectory. A Narrow Angle Camera has been selected as outreach payload. Other options such as Infrared Spectrometer and Hyperspectral/Multispectral Imager were considered as well, but the final decision regarding payloads is subject to design review.

The satellite will be launched into space where it will stay idle for a couple of minutes before it enters detumbling mode. Once it has entered this mode, the satellite will acquire sun pointing attitude and deploy some solar panels. It will then complete a couple of orbits in its initial orbit to perform checks on components and subsystems. The check-up data and the generated data will be sent back to the ground station, and the ground station will then transmit data regarding the next finite burn.

Finite burn, to the uninitiated, is practically a planned firing of thrusters in order for the satellite to execute an orbital manoeuvre - it will repeat this for a few phasing orbits and then a translunar injection is executed. The satellite will then enter cruise mode, reach halo orbit, and then reach the moon.

The main aims of the SRMSAT - 2 project are as follows: 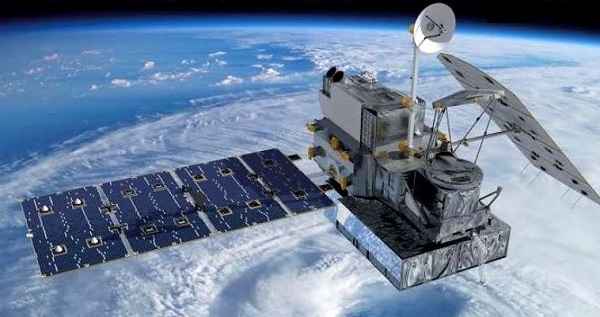 We are now going to take a closer look at the dynamics of spaceflight.

This subsystem, although it is not actually physically associated with the satellite, is very important when it comes to spacecraft design. The subsystem’s main work is select a transfer profile to lay out propulsion requirements and achieve final mission orbit. The Mission Analysis part is responsible for checking out the astrodynamics feasibility of every solution within a dynamic envelope of different possibilities in terms of risks involved, error sources, sensitivity, and injection constraints.

Guidance Navigation and Control is what is responsible for orbit prediction, determination, and control. The main task of this subsystem is to give precise OD to support all trajectory phases within bounds. The subsystem is responsible for the in-flight design of statistical manoeuvres for orbit/trajectory maintenance and the pre-flight design of optimal deterministic manoeuvres.

The Attitude Determination and Control subsystem is there to control and determine the satellite’s attitude in space. The main functions of this subsystem can be split into Prediction, Control, and Determination. Attitude determination, for those who are new to the world of satellites and space exploration, is the process of computing the satellite’s orientation using all the data that is obtained by the sensors that are on board. Attitude prediction is basically the process of guessing future attitudes via dynamic models, while attitude control is basically the process of orienting the spacecraft in a specific direction using momentum exchange devices and actuators.

If you want to find out even more information about it, then you can do so by following this link - @srmsat2014. By clicking on this link, you will be transported to the satellite’s dedicated FaceBook page.